From 1976 till it’s final camp in 2011 Pete Newell’s Big Man Camp was for a time the best instructional camp for post players. Yet the word “best” doesn’t really encapsulate the true weight of what the Big Man Camp meant for basketball. The professional alumni list is a literally a who’s who of some of the best players in NBA history. Anyone doubting the acclaim of his camp look no further than Newell’s hall of fame resume page which cites his Big Man Camp.

Often the Big Man Camp was a stamp of assurance. Often college players in newspapers and in NBA scouting notes would contain the phrase “Attended Pete Newell Big Man Camp”. It wasn’t strange for NBA draftees to leave right after the handshake with the NBA’s commissioner or co-commissioner and book a flight to Hawaii and later Las Vegas. For some those destinations might seem ideal for tourism. But for those emerging players the hunt was for basketball knowledge. What was so amazing is that Pete Newell gave this immense knowledge for free. 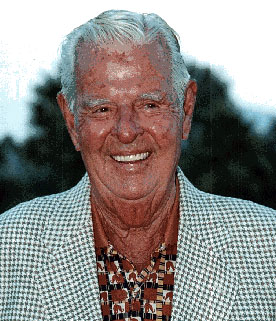 For over 32 years Pete Newell and a host of coaches provided young players with not just an understanding of core fundamentals and concepts. But an mental approach to taking the core fundamentals, footwork and using them as building blocks to more complex moves.

Sadly on November 17, 2008 Pete Newell passed away at 93 years old. What’s amazing about Peter Newell is the Big Man Camp despite it’s immense prestige was but a blip on a resume littered with accomplishments and honors. From a multi college championship winning coach, NBA General Manager and scout to an gold medal winning Olympic Coach. Pete Newell lived a basketball life that could fill 4 lifetimes. Bobby Knight might have said it best “I think Pete probably understands the game better than anybody ever.”